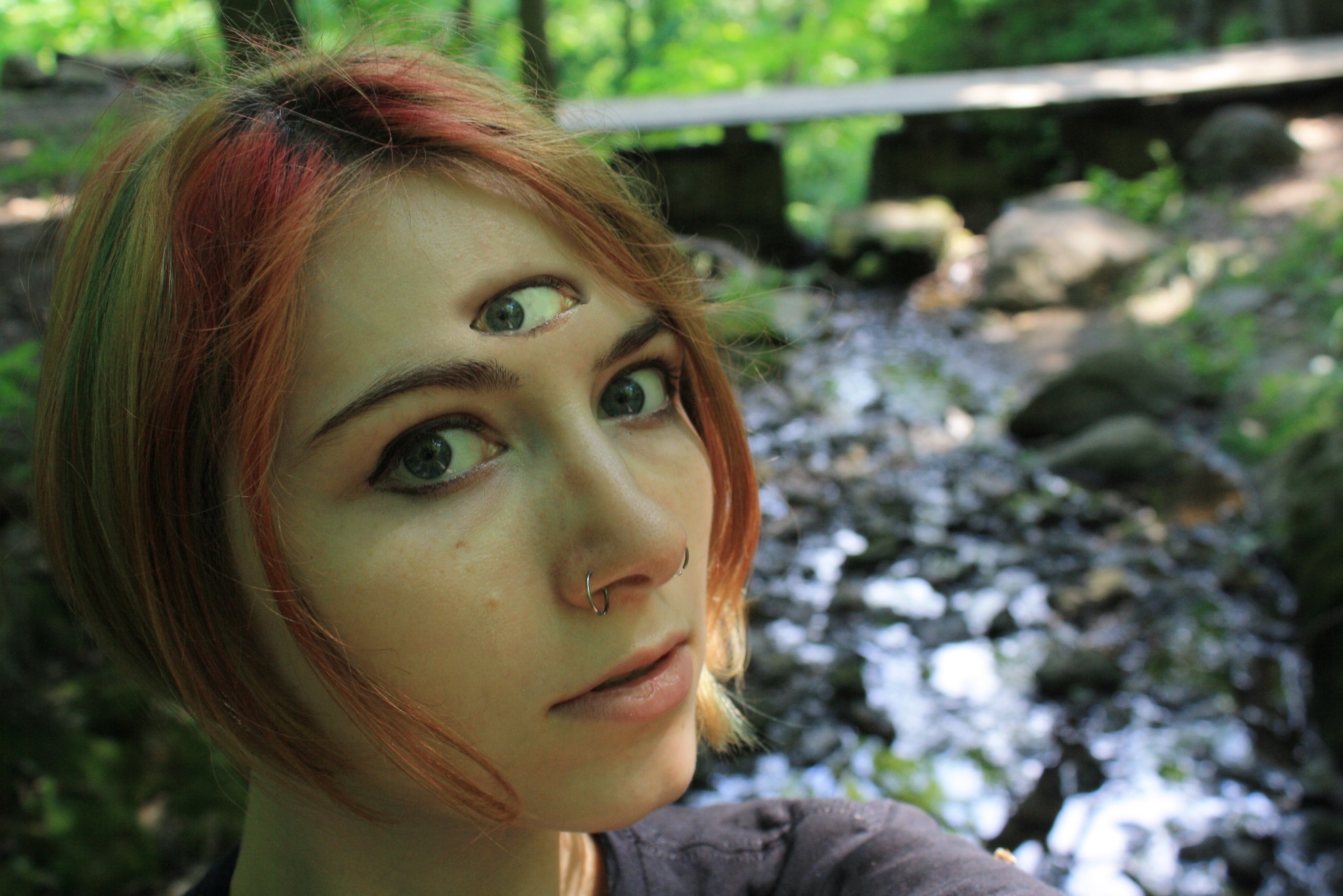 How to start with a very full weekend? Many things many faces so many smell so many places.

I have this thing I like to call Summer Fever. It’s this anxiety that sinks into your skin with the heat of the sun. It warms up your bloodstream to boiling which will cloud your vision and cause your brain to pulse in its skull shell. This fever is a need to get out, a need to be out, an undeniable craving for fun. Last summer this fever got the better of me and I got in some trouble. This year I’m trying to get a handle on it, but at least so far I’m not the only one infected.

Wednesday afternoon I went hiking in Yellow Springs. I hit Glen Helen, John Bryan and Clifton Gorge. This was for a Dayton City Paper article. I took pictures and enjoyed nature all by myself. I find it better for observing better for reflecting when you go all alone. This last month in Dayton for me is filled with silent goodbyes. I know I won’t be far and I know that I’ll be back, but I’d like to better appreciate and remember the places and people I’ve taken for granted.

Wednesday night had been the bar in Huber. One adventure for all the girls across the street to see Fuzkins at work, then a trip for the boys same adventure. Hanging talking pool games and jokes. Was an early night, Collins came in just as Swanky and I were leaving.

Thursday night had been at Motorcycles house. I rode with Sully not Swanky. J-Rabbit did not make the Thursday night. Drinking casual and talking nerd this was a hang night. We spoke of Dragon Ball Z and comic books. Video games and oh those first systems. Angel and I talked some serious cosplay. We’re yet to do outfits of the same universe but will happen hopefully this year. My hot glue recycled costumes won’t quite do. I’m ok with being sewing assistant when it results in looking super cool.

I should have mentioned previously all this getting together spawned from the fact that Boyd and Princess were in town. They are married and military so they aren’t around often. Boyd Motorcycle and Metal had once been in a band. This reuniting of people resulted in multiple jam sessions but then that was Friday and Saturday.

So Friday I tutored Boones cousin with math for money. (Her name is Crystal so I like to say Crystal math, yes because it reminds me of crystal meth, it’s the small amusements that make life worth living.) Afterword’s I did food truck rally with Boone himself. Food was great, Harvest has the most amazing French fries forever and ever. After hanging out at Boone’s new place downtown I went out to Swanky’s where the masses had already gathered.

Partying with no further explanation. I was good. I had fun and I controlled myself.

Jam sessions increased as people dropped off like flies disappearing from the party. Around three it was everybody out because J-Rabbit had work in the morning.

Saturday I woke up to family disagreements so I hid in my room until about noon. Come this midday I had asked Dr. OK, Boyd and Princess to bring their dogs to this indoor dog park so I could take pictures for a different Dayton City Paper article. I figured they probably wouldn’t have any high res images to email me and I still had Boones Camera and damnit it sounded fun. Honestly after the night of partying and knowing that they all stayed up even later, I did not expect anyone to show up.

Surprisingly Dr. OK and Boyd did in fact show up. Their dogs provided excellent models too. The doggies at the park were all so happy and excited. Tails wagging fast, ear perked, eyes follow the ball. Paws race, mouths bark and drool, tongues hang out of mouths open in an undeniable smile. Their joy is contagious. They played ball and posed in various places to showcase some of the parks features. By the time we left several of the doggies were so exhausted from play they were literally passed out.

Better mood I came home edited pictures and goofed off on the internet. Family came home from store and their moods seemed better as well.

I headed to Swanky’s after dinner and Sully was already there. He was hand sawing down the old tree in her back yard. Her mother had planted that tree from a seed when she was a little girl. As you may have guessed there is a little animosity between them right now.

People arrived I don’t remember who first or what the order. There was a lot of alcohol. There was a sort of bomb fire. There was a lot of beer pong. Sully and I were champions again. It reached the point in which I wanted to lose for I felt I was missing other parts of the party. There was funny stuff said that I ought to remember. (I think I should start sneaking a voice recorder with me.) Raccoon Swanky’s friend from school told his epic story known only as “The raccoon incident” to the people around the fire. I know the story begins with “People always ask me why I wasn’t wearing more clothes,” I really only caught the very end of his tail. He had been standing up showing how he fought against the wild beast. I also remember hearing about the ultimate photo bomb. Metal showed up late for Boyd and Princess’s wedding. Apparently you can see his face in the background in several of their official wedding photos. (I should note that I do not call Princess such because she is super girly. It is neither a reference of attitude nor attire. She’s cool, I think she was really genuine when she was nice to me. I appreciate that and I hope she doesn’t feel sick anymore.)

Sully is funny when he is drunk and then I caught the giggles which may have made us a really annoying pair for beer pong however we won continuously. I will admit that most games were close. In fact the first game had been rebutted four times from both sides before we could finally declare a winner.

Sully is seemingly new to the guitar so he sort of fawned over Metal who is in a Metal band and admittedly good with multiple instruments.

As the night rolled on I floated between the guys group and the girls group, so did Collins but I swear we did not cross paths until the last hour.

J-Rabbit had made a huge pot of noodles and sauce. Most of it was gone by the time I left. The bathroom had multiple new signatures including a signature from Vladimir (another name for Metal) and then Boyd who signed three inches to right. Vladimir later went back and filled in that three inch space with the words “pooped on” which fit the gap perfectly and caused more giggling boys in the bathroom that you’d expect could fit in there.

I walked home as it was down to about six people playing video games. That’s typically about pass out time around here and I was better to head home before the sleepy set in.

Sunday I slept in until 2. I woke up feeling sore and exhausted. I went with Swanky to a BBQ in Springfield and ate smoked ribs. This is the first time that I’ve ever had fresh smoked anything. I’ve just never known anybody with a smoker. It was sooo good. I’m going to try being a pescetarian when I move to Columbus (one day a month freebee) as part of new start better me, so it’s good to have awesome meat while I can. There was a pool and I even wore my swim suit but nobody got in.

It was sprinkling in a cooling summer haze as we drove home. Raindrops fat splatter on the ground far and few between. Quickly absorbed by the thirsty dry soil they leave no evidence behind.