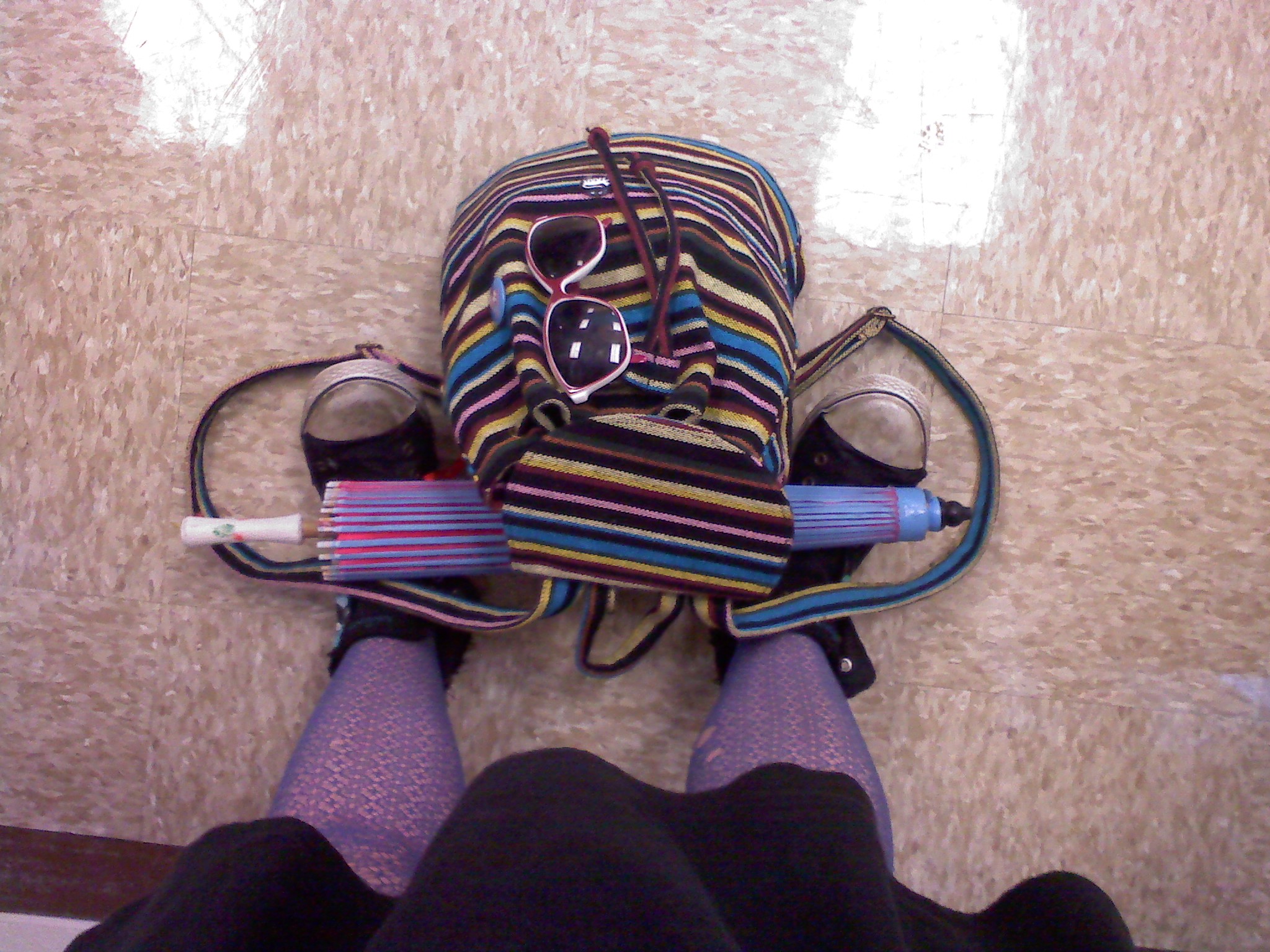 Saturday I wake up too soon to an alarm set for 10:30. Badtz and Blue aren’t awake when I leave but I stack the blanket, toy and pillow for them.

Mel-Dog picks me up and drive to the new apartment complex. It’s not within the city city but it’s close to a bus line and she tells me I could still ride a bike to places. The lady who brings us the papers is youngish and really cool. She says the pool is a cool hangout place and even though your not supposed to people drink there all the time.

I haven’t signed too many contracts in my life so this is all oddly formal/oddly cool to me. I like that me Mel and her dad the co signer all have to use different colored pens.

There is a breakfast restaurant really close to where we live. They are awesome and super affordable with large portions. I’ll have to get back to you on what that place is called.

I sit at Mel-dogs apartment as she prepares the place for her sister and friends to crash for the night. I meet Mia my new feline roommate and aunty to both Bodhi and my tragically departed cat Loki. 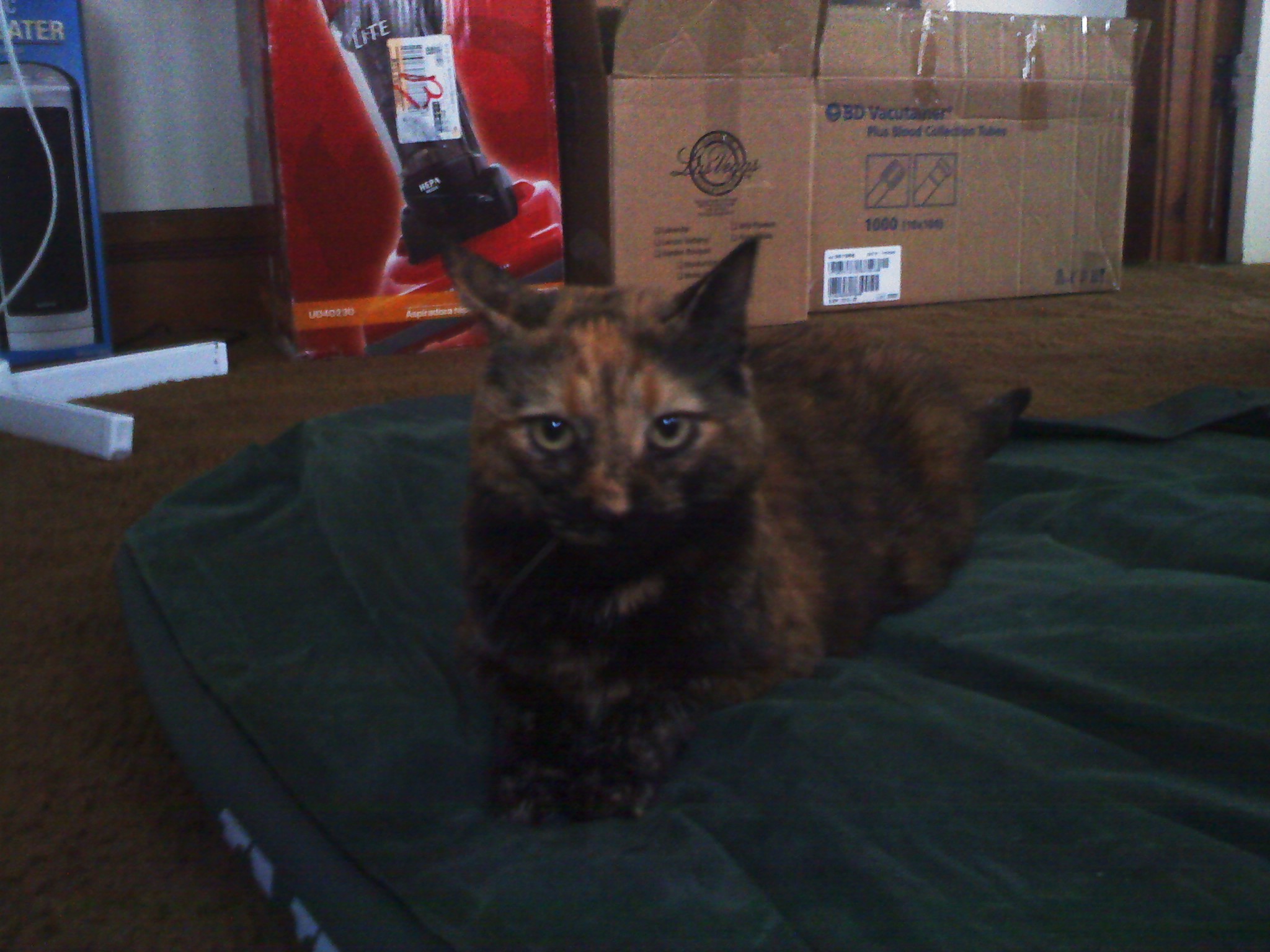 This was taken with my cell phone

Comfest was cool. We went around with several of Mel-Dogs friends from work who might hopefully be my coworkers too in a week or so. We watched bands we walked a lot. There were basically all the same things from Friday but triple the people.

It rained. It rained off and on. I signed a petition for legalization, and I signed a petition against fracking.  One of my favorite teachers from Sinclair was a geology teacher who not only made the subject relevant to our lives (taught you geographic things and weather issues you really need to look into when purchasing a home) she also taught us a lot about human impact including fracking, using too much water leading to sink holes, land erosion from over farming, mining impact ect. She would do assignments that would have us reading current articles on things happening around the world geologically and watching youtube videos then answering questions. The world needs more teachers like that I think.

We run into another one of Mel-dogs friends. This is a guy we had been looking for and missing at least three times. We found where he was stationed with a group of people around an absurdly large Ohio State chair. However he was not there. We looked at the golf course and waited for him by the beer stand and then by band stage. I had told Mel flat out “I don’t believe this guy really exists.” He did however exist. He had long hair and a great casual hippy way about him. It had been well over a month since I partook at this point. I partook and we stood there talking. Mel-Dog was really excited to see this last band unfortunately the lack of food, sleep, walking constantly, lack of water and having not partook in so long caught up with me. I started feeling really dizzy. I was getting super light headed and felt like I was swaying on my feet. I told myself not to. I told myself not to ruin everything by being that girl who passes out. I really didn’t want to but I must admit I have passed out several times in my life and I suppose something I’m prone to do. The world began to go black and white and I was numb every where but a flush of heat across head. I was falling backward and I said quickly “I have to sit down.”

They sat down with me instantly concerned as I was instantly humiliated and mad at myself. It felt like dehydration and I think to myself  “Damnit, this is what you get for all those times you deliberately dehydrated yourself to stay trashed longer. This is karma for treating your body like that.” I’m not willing to accept that I’m getting too old for fun however I will acknowledge a need to eat better, sleep more and drink more water.

So we sit there and we can hear Mel’s band and I feel really bad that we can’t be standing up listening. We sit in a circle and I drink a Gatorade, and nearly two bottles of water. I drink all that but my head is still swimming and my mouth is still dry.

I feel a little nauseous  but I’m less dizzy when we decide fight to get up and see the band. Next thing I know I’m following Mel through a thick sea of humans. We are weaving through them like a tight labyrinth maze. We stand to the side because Mel knows some guy in the band. I think he says Hi to us in passing, or maybe he stopped to talk to her. We lose the guy who does exist (I’m waiting on Nickname although I’ve got a few options in mind.)

It starts to rain. We hide under a tree. It starts to rain harder and harder. I become paranoid about the electronics in my purse and begin to wish I hadn’t brought my camera. I’ve only been using my cell phone for photos lately anyway. I’m also worried about using my pink parcel umbrella because its really not made for the rain. The down pour is so bad everyone is completely soaked through. I give up on myself and devote my time to protecting my purse.

We go for cover from rain in the museum for a second time this day. It’s another sea of humans in here. I am standing next to a teenybopper and a woman with a newborn baby.  Part of me thinks well shit I should be out in the rain being a bad ass. But I was cold. Some guy was dancing in the rain at one point and I was so tempted to join him. It seemed an awesome thing to do. The dancing would warm everyone up and boost spirits. I’ve decided that next year I will do Comfest right. I want to be a citizen of this city for a full year before I buy my first Comfest mug. I will be a genuine part of the community before I really contribute to the Community festival.

Everyone is kicked out of the museum and we dash to a tree yet again. The band is now packing up. Comfest has been cancelled and it ends early this Saturday.

We go back to Mels apt and my Huber kids text me that they are coming to town. Dr. OK, Motorcycle, Angel and the boy who lives above a bar. (I’ve met him on several occasions however he isn’t part of my usual crew.) My fuzzy head does its best to organize a meet up. We all end up going to a bar and more of the friends from Comfest earlier in the day meet us there too. Everybody except me is drinking drinking and doing shots. If you’ve ever passed out before you know how long you still feel it.

We hang for hours and eventually go downstairs. They play pool and the Huber kids are making friends with these Columbus package delivery kids. We all have fun and it’s cool.

We leave when the bar is closing. It’s late and Angel works in the morning but everybody is having such a good time we decide to go hang at the apartment of he who does exist. His place is cool and we partake again. Motorcycle and Dr. Ok probably had too many shots because they are badly intoxicated.

He who exists has a helmet from the rival gang in Akira. Apparently that was his Halloween costume the previous year. We are all extremely impressed with it and he wears it the rest of the night.

I play Uker for the first time in my life and although it takes me a while to really know all the rules I proceed to be awesome and lead my team to victory.

Mel-Dog passed out on the couch while others talked amongst each other. During Uker I began explaining my Buddhist views and optimistic attempting life. I believe your life is how you perceive the world around you. How you choose to take experiences, how you view events and people. I believe that the key to happiness is in controlling your perception of things to be optimistic and positive. That said this is incredibly hard for me. Most of the people in my family are incredibly closed and negative people. It’s a lot of work but slowly I’m getting better, I’m seeing more good than bad, I’m hearing more music than screaming and witnessing more kindness and beauty in the world. I’m noticing more I’ve still got a ways to go but that’s a start.

I’m fairly sober and still wearing my rain soaked clothes. I decided to drive home. Angel drives me to my car parked at Badtz house. Dr. Ok joins my car for the ride home and we discuss life in broad terms along the ride. I like to think I gave him encouragement to live his life to the fullest.

I get home as the sun is rising over Huber Heights.