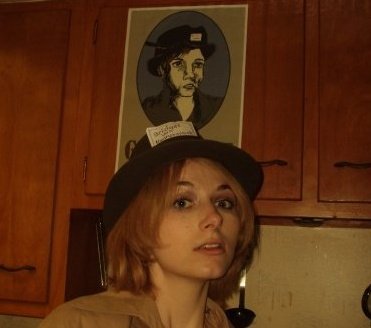 I’m listening to Kveikur by Sigur Ros and there couldn’t be a better thing to be playing right now. Keep in mind this is my first time listening to this particular album. I’m drawn in initially by the pulsating bloodstream beat. The digital cords wash over and crash against the rocks as the vocals sail overhead in the open air above it all. The vocals swoop down then ride gracefully just above the waters glittery but stormy surface. It sinks and slowly dissolves into a fragment of a tune. (At some point of the first song Brennisteinn? I wish I’d kept better track of my track listening.)

(Yfirbord) A smooth, thunder growl of a yawn, is a digitally altered voice that leads us out.

(Stromur) I don’t fluently know Icelandic. But I do believe the emotion behind it. It’s smooth and evenly spread. The metallic chime-y sounds set the beat. The voice swells and then calms. The tempo seems to follow the vocals lead. Suddenly the beat and rhythm barge in like a large crowd of people who break down the doors of a building with their paired up matching outfits synchronized dancing. But it’s like actually a really cool dance a well done interpretation that follows the beat and each one tell its own story. I really hate to admit that my knowledge of this type of dancing comes mostly, but not entirely, from So You Think You Can Dance. I do honestly believe people fairly respected in the dancing community are involved with the show.

Hey I just admitted to having watched a reality TV show. Admitting to that makes me both a liar and a hypocrite. However all human beings are prone to exaggeration.

(Kveikur) Sorry I got sucked back into the music. The vocals are coming through with some intensity. I still do not understand a single lyric but I feel I should be mad. Like I’m pissed off about something. The steady iron metallic clash of the beat remains throughout the entire song it is joined with the frequency pitch of an electric guitar. A grinding noise lures us into a dark hallway unnoticed then slips us out the back door.

These are all just my thoughts right now. I do not know how to play any instruments and could very well be wrong about the sounds I am hearing. Also being under the sea doesn’t help. If it’s possible while at OSU I would really like to take a music appreciation class just so I can know the technical sound terms and recognize them when I hear them. I really like writing articles on music and I’ve decided to make it a life goal to write for Rolling Stone and/or Spin magazine. I realize those are ridiculous goals but I keep meeting all my small goals so I need a good something ridiculous to sit upon the horizon for me. I need something bright in the sky to race my horses toward you know what I mean? I’d do Pitchfork. I’m not good enough right now but maybe someday I’ll be good enough and I really suspect they might pay ok.

Honestly I’ve always been a somewhat ambitious person. I try to not be obvious about it. When I am a server I aim to be the best server in the entire restaurant. When I take a class in writing or drawing my goal is always to be the best in the room. Sadly this is usually not achieved for reality and work load can be a blunt club to the knee caps. Still I will always try. People have said I am a type B personality and that is true in many regards. I love to play the game to play the game. I enjoy seeing other people display good strategy. However I choose my battles and I’ll play naive when it suits me.

(Possibly Rafstraumur) At first I look up thinking the apartment fire alarm is going off. However the music chirps up with other sounds like small birds that pop up into the fresh dewy early morning air. Up they spiral out of the tall yellow grasses each of which is dripping with fresh wet dewdrops that in turn catch onto the colorful rays of early sunrise.

Every now and then I remember that I’m in an empty apartment. Like it’s weird to be under the sea all alone. I usually don’t like it.

(Ofbirta) Sigur Ros got me again. This one comes in soft like a feather just before landing but played in slow motion on extreme close up. Eventually the feather will drift off the screen while the camera holds steady at the wall. Perhaps a shadow of the feather played upon the wall? Hmm this scenario really died because this flow-y pour-y opening is stretching into a new creature. The liquid split on the flood solidified and formed a snake.

Miku lays snoozing in my chair. My desk chair. I have two decisions I just made regarding this situation. One I am going to be sitting on the floor with my computer until she no longer sits in that spot regularly even if it takes months. And two I am going to start putting a towel on that chair for her to lay on so that I don’t have a thick layer of white fur to sit upon once again I sit there. Hey I have to wear black pants to work.

I think that my problem has been that I am treating writing like it is talking or stream line thinking. It is not. Writing it something you need to stop and be considerate of. I suddenly wish I had a good old-fashioned typewriter. My mother had an electric one. I once wrote an attempted novel at age twelve on a typewriter. It was science fiction actually. Never finished. I was in second grade when I attempted my very first novel, fantasy, in a notebook. Anyway I think that fear of mistake, precious paper and ink, that pressure of perfection upon each and every word that forces you to work said word perfectly with other words so that they make up the sentence. And that sentence better fucking be prefect because you do not want to start this whole page over.

I must admit that I really like the good old fashioned hand written. The ability to change fonts with virtually limitless choices because the human imagination can stretch quite far, to being able to italicize in any direction, make side notes, make diagrams or my personal favorite doodles both of related and unrelated nature. In middle school I drew a lot of cute puppies and kitties I’m serious. In high school I drew faces and for a long time I was drawing my characters from the Betty Black story.

It’s time for me to go to bed its 12:36 am. I really doubt this silly spill will ever see the light of day but maybe it will because whatever anyway.