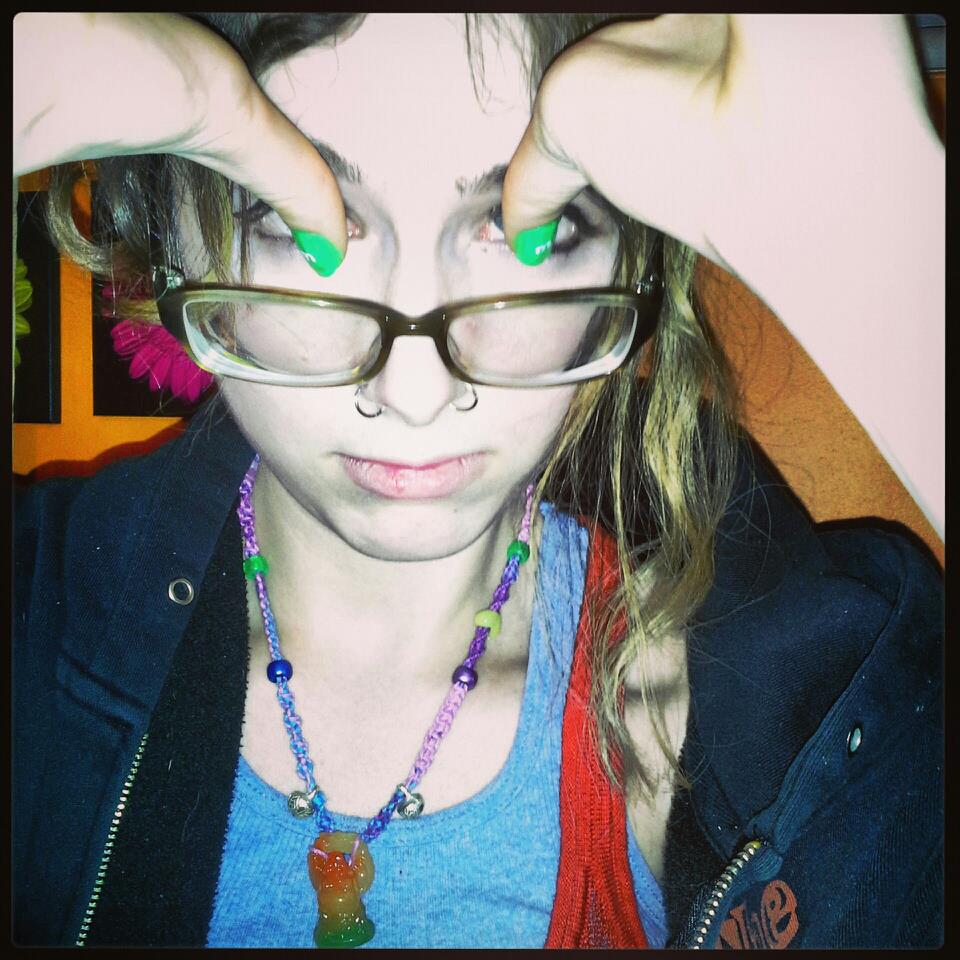 Tuesday March 12th had been a day I was looking forward to. I had been excitedly waiting as the months dragged passed me like a parade of retired grandma snails.

I was going to see Animal Collective who are probably my absolute favorite band.

Most unfortunate terrible sadness March 11th I found out such music show was cancelled for illness upon band members. Here I had asked a day off work and mentally psyched myself up for an awesome day in Cincinnati.

Swallowing the bitter pill of fate I’d decided to spend my requested off day catching up on homework for yes I have fallen a bit behind. Particularly in Geology and somewhat in Astronomy.

Come afternoon Tuesday the universe once again threw me a curve ball for I received notification that Greencoat had been injured and was thus in the hospital. I immediately tried to get a hold of Rei and offered to take her to see him. She took her time to respond but finally she did take me up on the offer.

Homework was cast aside without a second thought as I hurried off to wake up baconator.

Rei and I were given the mission of bringing Greencoat a change of clothes and cell phone charger. I guess we knew by that point that they planned to keep him over night.

We hit Belmont Party Supply on the way to the hospital. We bought Greencoat some fancy beers for his return home. A few doors down in a sandwich shop called Stackers. They have excellent food but no dinning in and grommet prices meaning above my usual budget. I bought us cookies as they are excellent in flavor and price. Cookies in cream and vanilla were good but I was wishing they’d had peanut butter in stock.

So off we went to the hospital.

Greencoat was in the ER when we got there. His head was wrapped up in a very silly manner but I couldn’t laugh for the blood on the pillow and sheets was an unnerving reminder of how serious this could have been. He’d gotten a skull fracture and 19 stitches. He seemed more tired than loopy to me. In any case it was scary and weird to see Greencoat, my brother from another mother, in a hospital ER like this.

So we did what you do when someone you are close to is in the hospital. We hung out and talked. We talked about what happened, about family, about books and pets. Rei had snuck in the beer she got Greencoat to show him (Which made for some funny pictures). I had snuck in some cookies but apparently he was on a no restrictions diet so my daring purse smuggling adventure had been completely unnecessary.

At some point Rei and I went to get food. Let me just say hospital cafeterias are set. This was nicer food than my college offers. It was even nicer food than the Walt Disney World Hollywood Studios employee cafeteria offered. I had a salad with artichoke, three kinds of peppers, egg, onion, chives crunchy noodles and Asian dressing. It was delightful. Both Rei and I expressed a desire to come back here just to eat in this cafeteria. Apparently this hospital is close to where Greencoat had grown up. Back when his band the Sailing had been young and car-less they would walk over here to get snacks during practice breaks. Who could blame them? Although, Greencoat admitted that the food quality has gone up considerably since those days.

Greencoat had got there around 11am and did not leave the ER for his room until 9pm. This had more to do with a backup of room cleaning than to do with his injuries from my understanding.

Wednesday was still school so leaving there at 10:30 is rather late by my current standards.