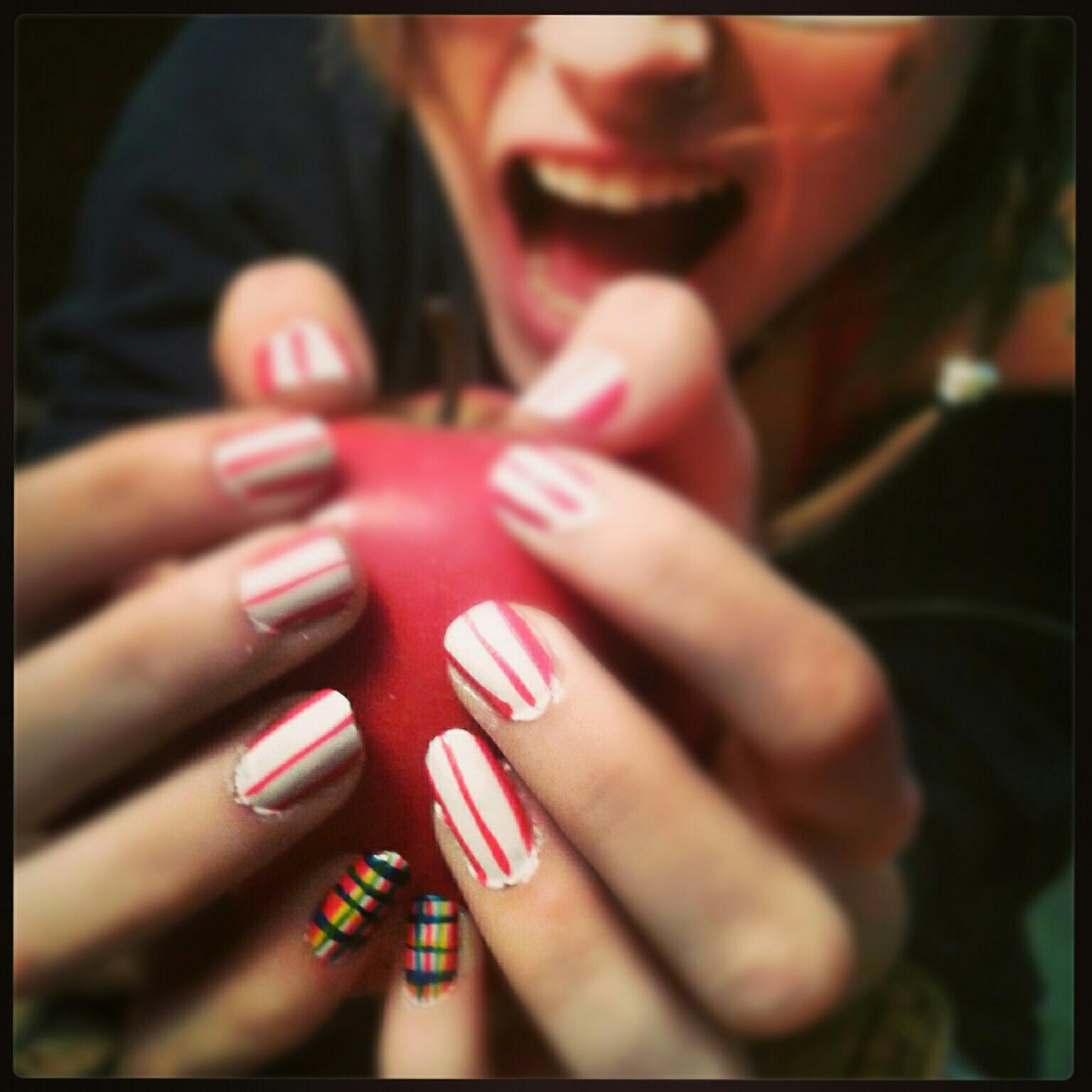 Press coffee was better than I remembered and not the pretentious place everyone says it is. It’s all about having the right barista I suppose. My latte was creamy smooth. It was the prefect temperature with the prefect consistency. And it was beautiful. Any place that does the cool designs in my latte will always make the cool list.

I found myself in Blind Bobs drinking a cheap can of PBR. I found myself telling a long haired young man in a baseball cap that I had seen him there many times, but never realized he worked there. That I thought he just hung out at Blind Bob’s a lot. He has the kind of mustache you only see in an old western movie and wears a flannel from the 90’s. He laughs and says that it seems that way. He’s the bartender and I tip him more than my drink actually cost.

To my right is Brooklyn who’s been living in Brooklyn and I hadn’t seen in five years. He drinks two beers and opts for a ride home from me vs waiting on that long haired bar tender. Not seeing someone for five years leads to the inevitable what have you been up to? And then a getting to know each other as though you’d never actually met before.

It’s Sunday snowy and cold. All the bars are fairly empty and quiet enough for rambles of all various sorts. We hit literally every bar on the street. He drinks but we both ramble. Pool in Trolly Stop is fun for a bit. I suck at that game. Let’s just accept it as a fact.

For the record every bar on the Oregon is awesome and everyone is nice.

Luckys taproom was a new bar to me. I’d seen it but never actually been inside before. The interior is cluttered but organized. There are all sorts of dead stuffed animals lining the walls and reaching to the ceiling. It’s like a taxidermy showcase when you first walk in the door. Glancing around I see there is a whole other room on the other side which makes the place a lot bigger than I realized. The bar tender is drunk but makes the drinks when needed. She seemed to be friends with everyone in the bar but us. (That is some couple in their 30’s and a cop briefly.) She danced provocatively or at least attempted to. It was amusing to watch the guy tuck money in her shirt. Either she missed her life’s calling or that’s an ex-stripper.

Brooklyn and I complained about the government and society. He snaps open a dollar bill abruptly and says; look into the federal reserve. Just seriously look into it, with this crazy look in his eyes. Actually it might have been the beer and actually he might have a point. I learned a new appreciation for the Strokes who I always liked but didn’t know a whole lot about. The bartender dances when he plays them on the jute box. For the first time someone in Lucky’s regards us with anything but a glare.

My car is the little red clunker that could. I call it Baconator because the previous owners had ran a catering business and I had to wash grease out of the trunk upon buying it. On a hot summer day when conditions are just right you can still smell bacon in the distance like a far off memory or perhaps a past life. I’m missing my driver-side side-view mirror and the glove compartment does not close. Imagine this is an airplane and that is your fold down tray. That is what I tell everyone who is honored enough to ride passenger in my car.

I stop at a red light and Brooklyn encourages me to run it. I look around and the area is absolutely deserted. So I run it and he cheers. I don’t know if he doubted I would or just had a buzz.

We pass the big bell tower of a local historic park (that shall remain unnamed) and Brooklyn gets all excited. He really wants to see it while he’s in town but I had already passed the parking lot. Suddenly he offers me five dollars. Considering that as gas money I accept and make an immediate U-turn.

Despite it being well after eleven at night it’s not so dark with white snow on the ground to reflect whatever light there is. It’s a crunchy icy snow. We reach the tower. I look up following it with my eyes. It’s taller than you realize up close.

There is a cement circle around that structure so of course we race around it to meet at the opposite side in the middle. I won the first time, he won the second time. I called disadvantage because of the purse and then we raced again with him holding my purse. I beat him pretty good the last time.

We walked down to the museum our feet crunching across the snowy tundra and carving a fresh path of footprints across that white waste land. We walk along the fence and find a good place to climb. So we climbed the fence. I told him repeatedly I’m blaming him if I go to jail, but we see no security guards. None at all.

So we walked around that historical museum at night in the snow. It was really cool. We walked over one pretty bridge and then under another. We walked into the canal and then back up. We signed in sharpie on the wooden fence. He wrote a long declaration of his coolness while I just signed my name. We sat and talked on a bench in front of the print shop. I was still worried about the cops the entire time but he had a valid point that it would be a ridiculous big effort to steal anything worth money and this wasn’t Scooby Doo.

Feet cold and it getting late we walk back to my car. It is at this point that I realize I had lost my cell phone. Brooklyn seeming to feel responsible runs back out there and checks. I wait in the car.

He doesn’t find it and I solemnly accept that my phone is gone.

We say goodbye with a handshake. He says see ya next year and I say see ya in five years.