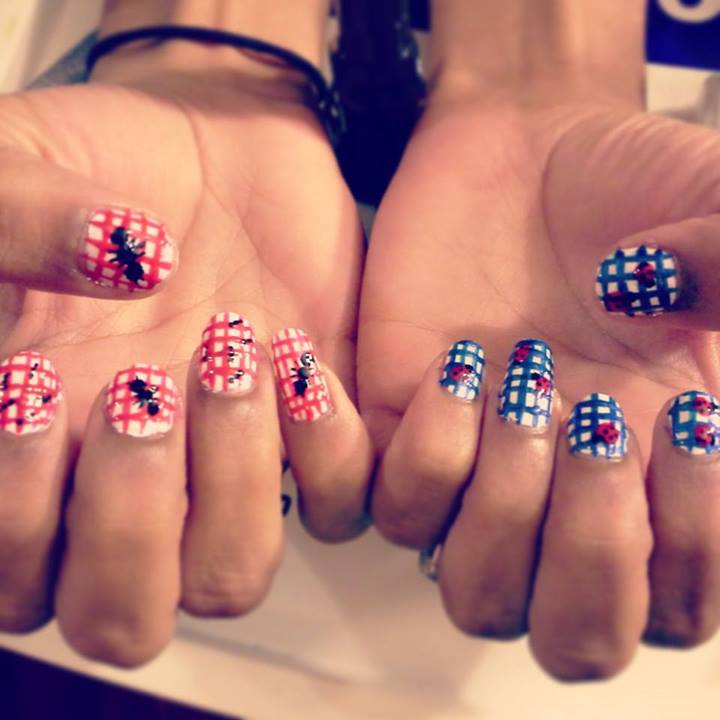 Swanky drove to Waffle House . I sat in the passenger seat staring out the window with empty glazed tired eyes.

Upon reaching the parking lot some guy is yelling to us about the coolness of the car. He respectfully asks J-Rabbit if he could take a picture of her car. She graciously says “Yeah go ahead.” She confirms with him the name; Who framed Rodger Rabbit.

Inside we are the first to arrive. The usual table in the back corner is waiting for us as if covered by an invisible reservation, protected by an intangible mental force-field.

T-Fish and her guy come next. They are doing well and being playful with each other. It’s cute and I’m really genuinely happy for her. She’s had a hard life and a hard time with boys. He seems pretty cool. I think I’m officially going to think of them as my country couple friends, although such C status has not yet been established. They’re easily there already going on vacation together and having a shelf at each others house.

Angel and Motorcycle arrive shortly after that. They’re the cool couple of the Huber kids. Style and the sense of fun that can make or break a party, many of our circle base their decision of attendance off of weather or not these two go. Motorcycle tends to be more party but Angel has set in motion several movie nights, marathons and sledding.

I had a coffee and a Buckeye Buster. As a girl who used to be really uptight about keeping different food from touching that stuff was actually really good and they did my over well eggs just right. I had Jalapenos and onions as my additions, ‘friggin awesome.

Swanky had the same thing but with chilli mixed in with the gravy. This is something Motorcycle eats and he’s been swearing it’s delicious for some time now. She liked it however I’m picky enough to not be sold so easy.

I honestly can’t remember a lot of our direct conversations but I know it was good hanging and talking to everybody. It was one of those occasions where we could have sat around there and talked for hours. Unfortunately half the people had to go to work and the other half was third shift ready to sleep.

Tuesday mid-day I packed up my clothes. I packed half my shoes. Miku climbed into the luggage case and laid down for a nap. It was cute but the gravity of moving and starting a new life is still as scary as it is exciting.

The day turned more sour and unfortunately I didn’t get much else done. My brother upset me. He was being angry and talking about giving up on life. There are certain things I don’t like to hear him say. That combined with the pressure of moving, other pressures from other places, uncertainty’s and these persistent Boone feelings that I really can’t help. The weight of it all just suddenly seemed so much. It was crushing and I was crumbling. Tears kept coming and they wouldn’t stop this has happened to me only on a few occasions and usually for better reasons. I didn’t have anywhere to go so I stayed in my bed on the wobbly top bunk. I took a nap which helped a lot, I ate ice cream and I watched It’s Always Sunny in Philadelphia.

I went over the Swankys at 7 and partook and was fuzzy headed for hours. We received bad news from the girl who lived in the house in-between Swanky and I. She had once been the third of our trio. Her’s had been the center house base for all the neighborhood kids to hang out. Both Swanky and I had known her father for many years, since I was 7 years old I think and probably longer for Swank. We had both worked for him at his donut shop back in the day. He was funny always making jokes and being flirty with the ladies.

He’s dying and it doesn’t look good. He won’t be getting out of the hospital this time. Swanky called up this friend and although it had been years they were soon catching up and laughing about the old days. She had been Swanky J-Rabbits best friend for years and years before me. I spent my youth as an more of an outsider and passed through like a breeze or lurking quiet like an unsettling shadow.

T-fish came while J-Rabbit was still on the phone. It was light outside the sun had not set yet.

Hanging in a room each of us doing our own thing. Smoke like mist hovering in the air as music from a cell phone combines with the natural lighting to create an atmosphere of lazy late summer day complete freedom breath of fresh air. Sometimes bad news puts your worry’s into perspective and you think well my shit aint so bad and I’m not going to waste time worrying about things.

As I sit here I think to myself It’s amazing how many places one can be all at once. In this room, in a chair, lost in thought. Running through my mind, Dancing in their memories. A name on the tip of your tongue, a catch in the throat. (I’m thinking I’ll use that in a short story at some point. Copyright 7/5/2013 once this post is posted.)

Angel comes over. She gets her nails painted like picnic table cloth with ants and lady bugs. Super cute!

We watch Bambi. Originally I had planned to hit Therapy Cafe this night I had even talked the girls into going but Collins bailed and one of my newer friends, who I specifically wanted to see there, was sick couldn’t go. At some point during Waffle House Bambi came up and all the girls agreed excitedly to watch it. Bambi is simple but a really nice environmental piece and I do like how they didn’t overly personify the animals.

T-fish leaves and three of us watch the final Twilight movie. I hadn’t seen the two that came before this but It doesn’t seem I’d missed much. We spent the whole time making fun of it, particularly the disgusting fake computer made baby. It’s well after midnight when we finally part ways.