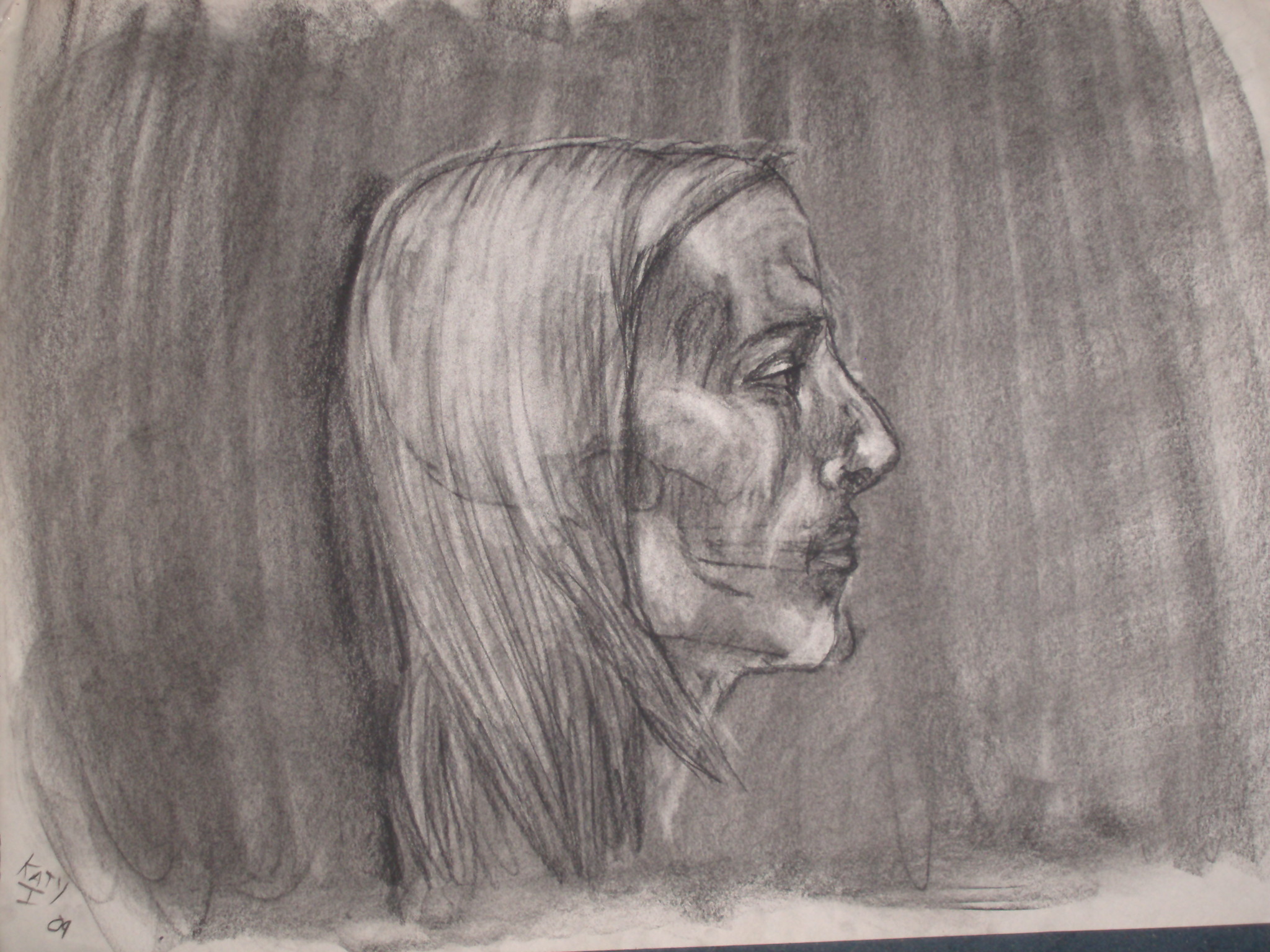 I sit here at 9:30 but really it’s 8:30? Spring forward Fall back. The house is quiet as they’re all asleep. They only sleep because their brains refuse to accept this time change. Nay they say tis not 9 it is 8!!

It has been a few days so this recap ought to be short and vague. (Is it weird that I really like the word vague because I do? Just in general I think that like vague is a vauge word. As a writer I probably have some weird favorite words. But I can also get annoyed of some words as well. Always change your vocabulary, keep mixing up that dialogue. No character really keeps their catch phrase forever. Be continuously evolving and let your words reflect that… please… or else dear friends I may start tuning you out. Sometimes it’s an unconscious drift as your mouth begins to run and my mind begins to wander…)

I am still sober! Monday has been my only slip off the wagon. I have however decided to drink on St. Patrick’s Day next weekend but that may be a one day special permission thing. Or maybe I can call it a will power self control test run.

Jumping to 3:30 Rei and I are in Greencoats car rolling to the Nutter Center for a special Wright State University speaking event. We are about the see a talk from Neil deGrasse Tyson!! How Dayton Ohio managed to get such an amazing guest I do not know. During this drive over I asked why he didn’t use the main Nutter Center space.

“He’s not a rockstar he’s an astrophysicist.” Was Greatcoat’s response.

We waited in line for about three hours. Bookclub friend Suter had gotten in line about an hour before us and got a picture taken with NDT! He was there with his oldest son and I am impressed with that kid’s patience upon waiting in that line for so long. During our wait I read Oryx and Crake. I think I have a shot at finishing this book in time for the meeting!

So finally it was time and we got seats in the middle, decently close. While this room wasn’t the main arena it still fit around 1500. They still ran out of space and had to fit 2000 more people into some side rooms where they projected the lecture live onto screens. Good thing we got in line so early.

This lecture was called Ten Things You Need To Know About The Universe but Tyson promptly told us that it’s more than ten now so let’s just call it Stuff You Need To Know About The Universe. I will admit to you that I’ve only recently started taking an Astronomy class so I’m not the most knowledgeable about the subject. This lecture however was informative and fantastic for absolutely everybody. Tyson easily explained things like string theory. He summed up large concepts an easy to digest and funny manner.

The parts about how small the earth is and how genetically close we are to other living creatures on this planet was really cool to me. T

I also really like that the fear that keeps him up at night is not anything about mortality or selfish fear of death, no, his fear is for our whole species. He worries about the intellectual limitations of the human race. He said to imagine the smartest monkey and how capable that monkey is. If an alien race were as smart compared to the humans as we are to the monkeys imagine how advanced they would be. He followed that with a much more optimistic idea. Each generation of human being adds something to the world. We invent something or make some progress in some field. We add a ring to the ladder that the next generation may step upon. They won’t have to invent that next thing because we did it for them. We slowly, as a species, climb up that ladder and keep progressing forward. To me that was beautiful and so hopeful for the human race.

One of the most concerning thing to me was this map he showed that reflect the scientific progression and achievements of countries. This map showed countries like America, Japan and most of Europe as being quite large. This directly reflected the wealth of the world although it was science only. Then he showed where we will be if current trends follow. USA had shrunk quite considerably while China grew large and the others remained the same. He said that if it seems to you that America is headed down hill you are absolutely right. That scares me. This is one of the smartest men in the world, he is called in to consult on all sorts of issues and he just confirmed my fears. I see the problems but I don’t know how to approach changing them. I’m not a science major. I suppose if I ever have children I could raise them to know it’s importance but is that enough?

One of the questions during the Q & A seemed a bit more relevant to me. It was a guy who was specifically a scientific journalist. Tyson told him that journalists have power and we must wield it well. He said that it is fine to show both sides of an argument but lets not spread ignorance any longer. The media is starting to do a better job of showcasing scientific advancement but we still have a ways to go. We need to make these things accessible and exciting to the general public so that the next generation will strive forward and work hard to build upon this foundation we, and those before us, have started.

Apparently this lecture was only supposed to last an hour but it went on for over three. I’m so glad that I was able to attend that talk. I feel like it genuinely benefited me as a human being. It helped my recent blue mood and motivated me keep making strives forward in my own existence. A friend suggested I do an article for DCP about the development of drones at my school. I’ve sent out an email requesting an interview and if someone agrees I’m going to propose the article to my editor. Let the public not be ignorant to things they ought to know about. I don’t see myself being a scientific journalist but I like the idea of writing on a wide variety of subjects. I like the idea of writing on something important, and spreading information that people really ought to know about.

After the lecture we went to One Eyed Jacks. Yes that is the bar I went to on Monday. That bar is very close to Wright State University who sponsored the lecture so it was most convent. On Monday Boone had wanted to be cheap so we ate Chipotle but on Thursday I actually got to eat One Eyed Jacks food and it was really good. Our server was this girl who I’d seen on Monday serving and then I’d seen her again at the Pharaohs show. I would not have remembered this girl for any other reason than her unique hair cut. Parts of her head were shaved underneath chin length blonde hair. This was done in even proportions and actually worked well. That is a hair cut I could never ever wear even if I wanted to. I have psoriasis of the scalp and a decently bad case. I could never wear corn rows either. It’s a total bummer.

Anyway as a server she did good considering how extremely busy they were. Rei complained about the beer as she’s accustomed to the fancy shit now. She and Greencoat are members of the Dayton Home-Brew Club. They know good beer and have been trying to get me to appreciate the good stuff for some time now. I’m too cheap. I still drink PBR.

The burgers were amazing. I got a spicy bean burger with saracha sour-krout and swiss cheeze. The fries were also fantastic them being seasoned like Rallys but made from home style. This was for me another night of unintentional vegetarianism. That had just sounded like the best burger to me. I’ve considered going Pescetarian as I really like sea food and it seems like a natural thing for humans to eat, and really aside from trying weird foods I’m not that super into meat. I don’t think I could commit to that until after I’m moved out of my mothers house however. When she gives me food there is always meat involved. I want to start going to Buddhist temple and I feel like they might try to push me into vegetarianism. I’ll probably welcome that if the temple is cool and I feel they genuinely help improve my life. I’m always a little skeptical of organized religion but lately I feel like I could really believe in this wholeness, this connectedness. It seems to me to agree with science. All humans and all animals, objects, plants and even light are all made of molecules and atoms. We are all just collections of particles existing in space. I wish to let go of the self and enter nirvana so I might be one with every particle, one with everything. I like the idea. It’s lonely being an atheist and it’s sort of sad. At the very least I want to live a Buddhist life style and have some principles to guide myself by. I’ve been selfish and inconsiderate of people who I care about. I’ve stolen and I’ve lied. I want to be a good person and I want to put out something positive into the world. Boone is a hard core atheist. I’ve had to defend people from his god bashing before. I think that people have a right to believe as long as they don’t force it upon others. If having that helps people to get through the difficulties of life then let them have that and stop trying to take it away. He tried to tell me off of Buddhism once but at other points he’s acknowledged it’s better concepts. I hope he can respect my choice in embracing it if that’s the path I choose. His mood has been better lately while for a minuet mine was getting worse.

Enough of all that. Rei and Greencoat both ate 2am burgers which feature a fried egg. They looked awesome and apparently were in-fact quite awesome.

I got home a little after midnight.

Here are some links!