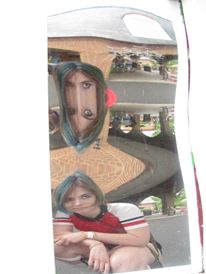 Badtz and I decided to go to Ohio State Fair. I wanted to go in general. This is the state fair, I’d never been to a state fair before. She wanted to ride a Farris wheel and eat funnel cake. I can understand those traditions although I can say they aren’t the top of my priority list.

So I drove us out there and it looked like it was going to rain right away which is concerning and annoying for due to schedules this really was best day to go.

Immediately upon entering you go through a metal detector and have your bag searched.  You go a round a corner to be confronted by Ohio pride. Not like gay pride but like Ohio the state trying to show off pride. Look over here a fucking log cabin! Then look over here an eagles nest! We have like three wild eagles in Ohio isn’t that the bomb?!

There were benches all along the walking ways that said the counties of Ohio. I saw a few that I knew but never did see Montgomery. Oh Montgomery, home of Dayton, you birthed me. I wished only to sit my ass upon you in homage. I searched every bench I saw but alas I failed that mission. Perhaps Montgomery hid in a corner I never neared. Perhaps I should have sat my ass upon Franklin county as that is my new home here in Columbus. Perhaps I should have done that as a means of swearing alliance to this new city. Perhaps I have had too much coffee this morning.

Badtz gets funnel cake and I eat several pieces. Is good. We go to the big Farris wheel and it is big. Up and up it goes until I have a nice view of the city and a nice view of the fair grounds. Badtz is happy we both take pictures. Some lady and her little daughter sit across from us.  They don’t seem to be having as much of a good time. Perhaps the bear already ate their souls. 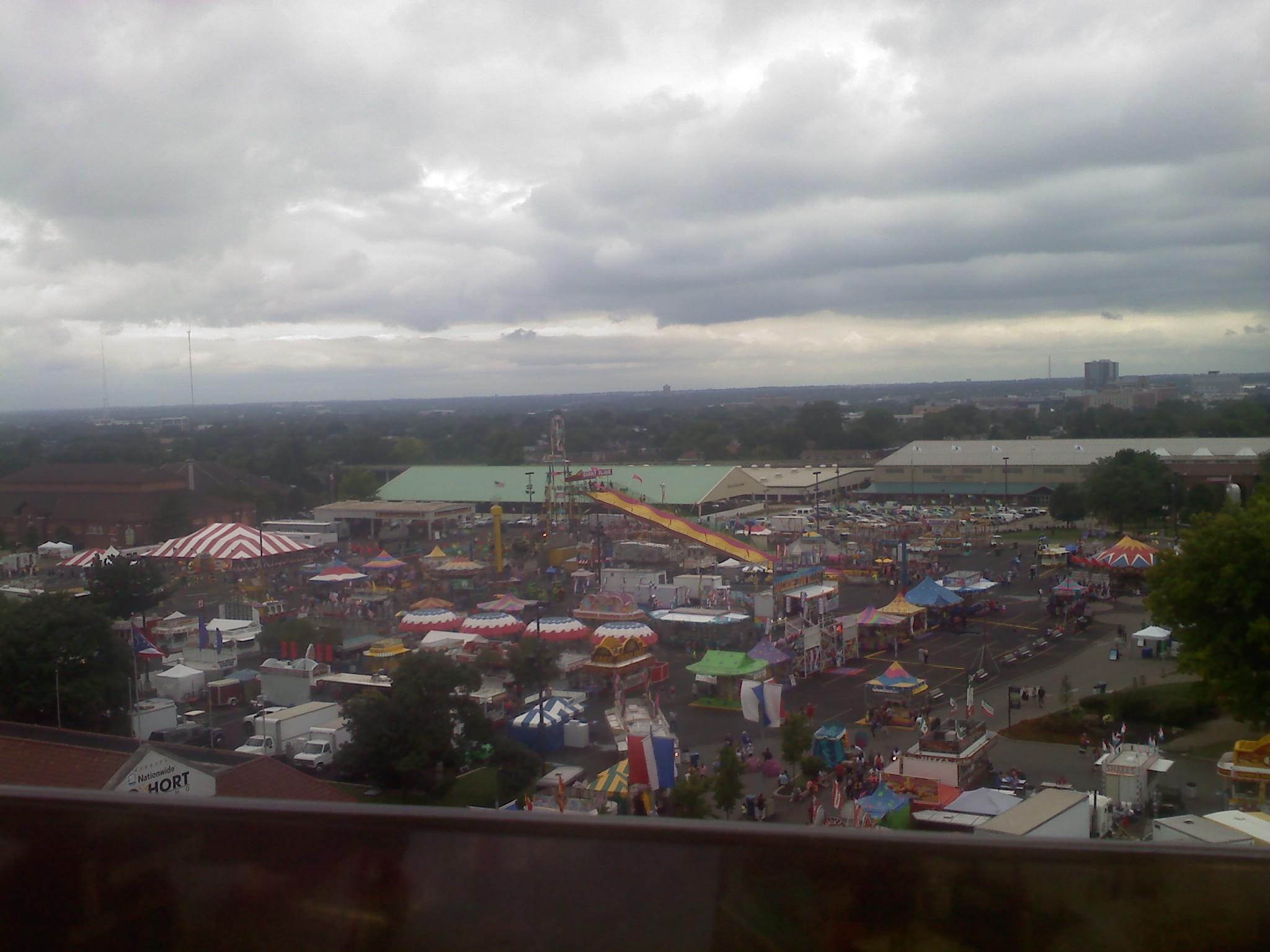 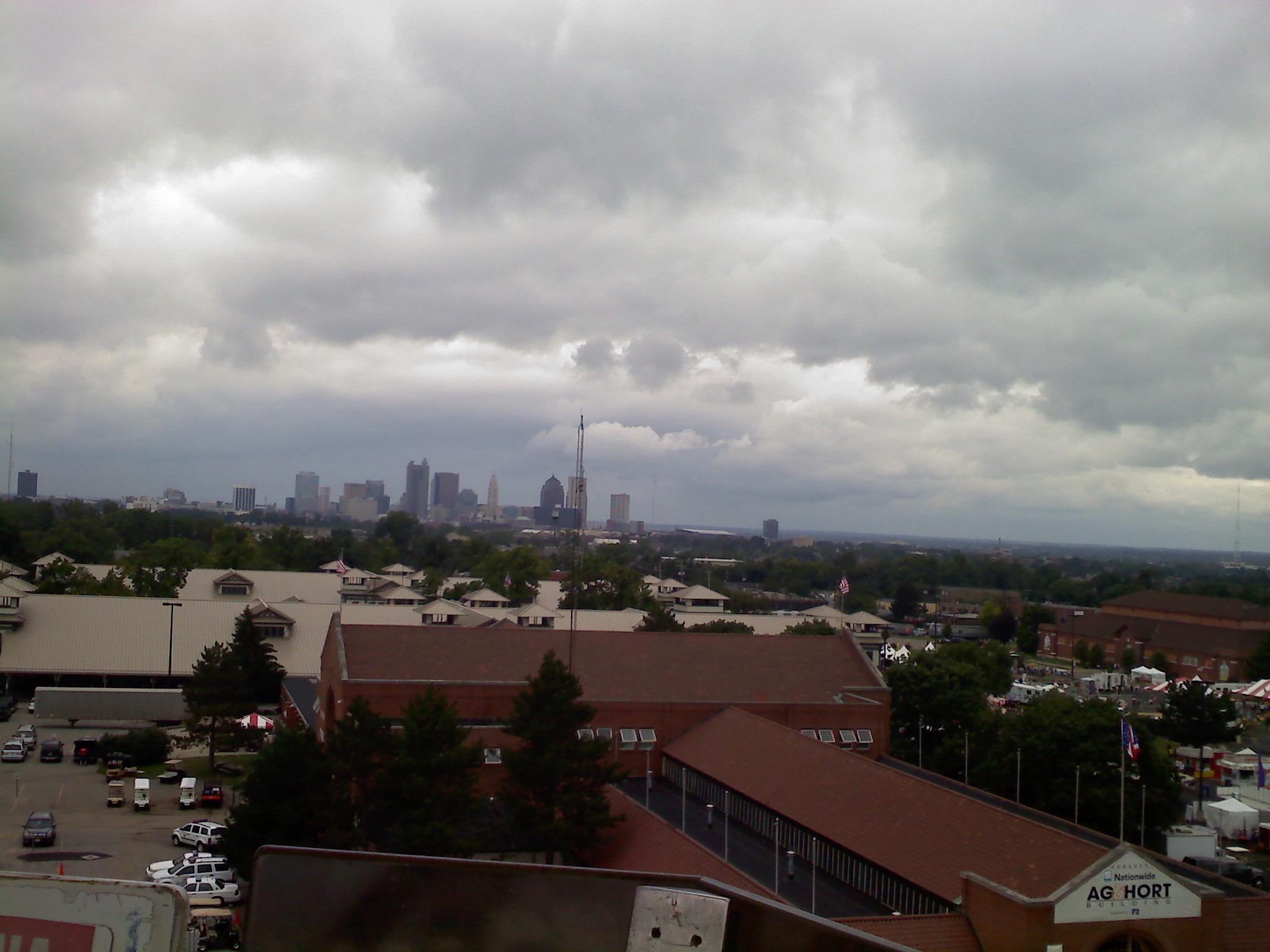 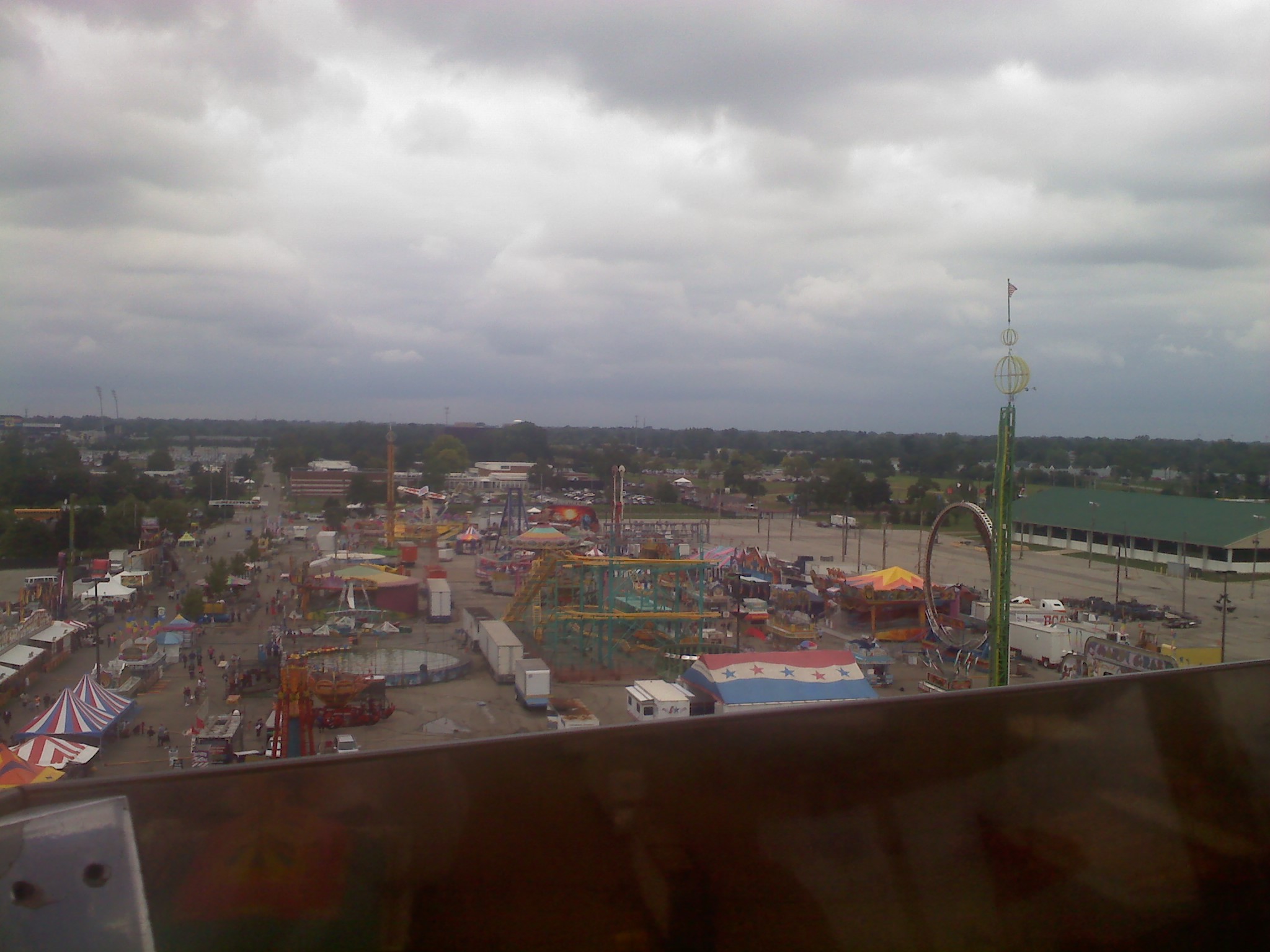 Next we went to the petting zoo. Badtz got a bunch of pics but I did not. I like taking pics too. Bleh I need a new camera or a better phone. Anyway there was a zebra, camel, tortoise, lama, alpaca, oxes, kangaroo, as always a shit ton of goats and probably some others I’m forgetting.

There were sand sculptures and the idea for this one was a big board game of the Ohio State Fair. It was actually really cool. Again I regret that only Badtz has pictures. I believe they mix their sand with clay which seems a little like cheating but maybe it’s ok maybe sand comes like that sometimes. I want to do sand sculptures I think that would be really cool. I’ve made a few things but I’ve never had that prefect forming sand clay mixture…

We rode this really cool ride called… skyride?.. maybe…? It’s like a double ended faris wheel and the two wheels are spinning as they switch positions. It’s really neat and again I regret no picture. I will admit that this one went so high and so fast it made me nervous. I once hit my head on a fair ride so ever since then I have been distrustful of these get up and go carny contraptions.

We checked out the art. There was some really cool stuff and it all blew Montgomery county way out of the water.

We watched a sea lion show and it was really impressive and cool. There was water to air back flips, dancing, basketball and more.

We stared at the cool chickens and rabbits who were in competition like it was miss America of their specific breed. The judging was set for some other day so disappointingly many cages were empty.

We wandered through a local Ohio wildlife display thing. That was cool but the fox seemed miserable and nervous. Seeing box turtles made me happy. They were eating worms like it was Thanksgiving and just hanging out having a good time. It made me miss Dixie she was a kick ass box turtle.

Badtz started to feel sick and I started to feel tired which was bad as I still had work to go to. I dropped her off at her house and went ahead to absorb some coffee like a sponge on a spill.