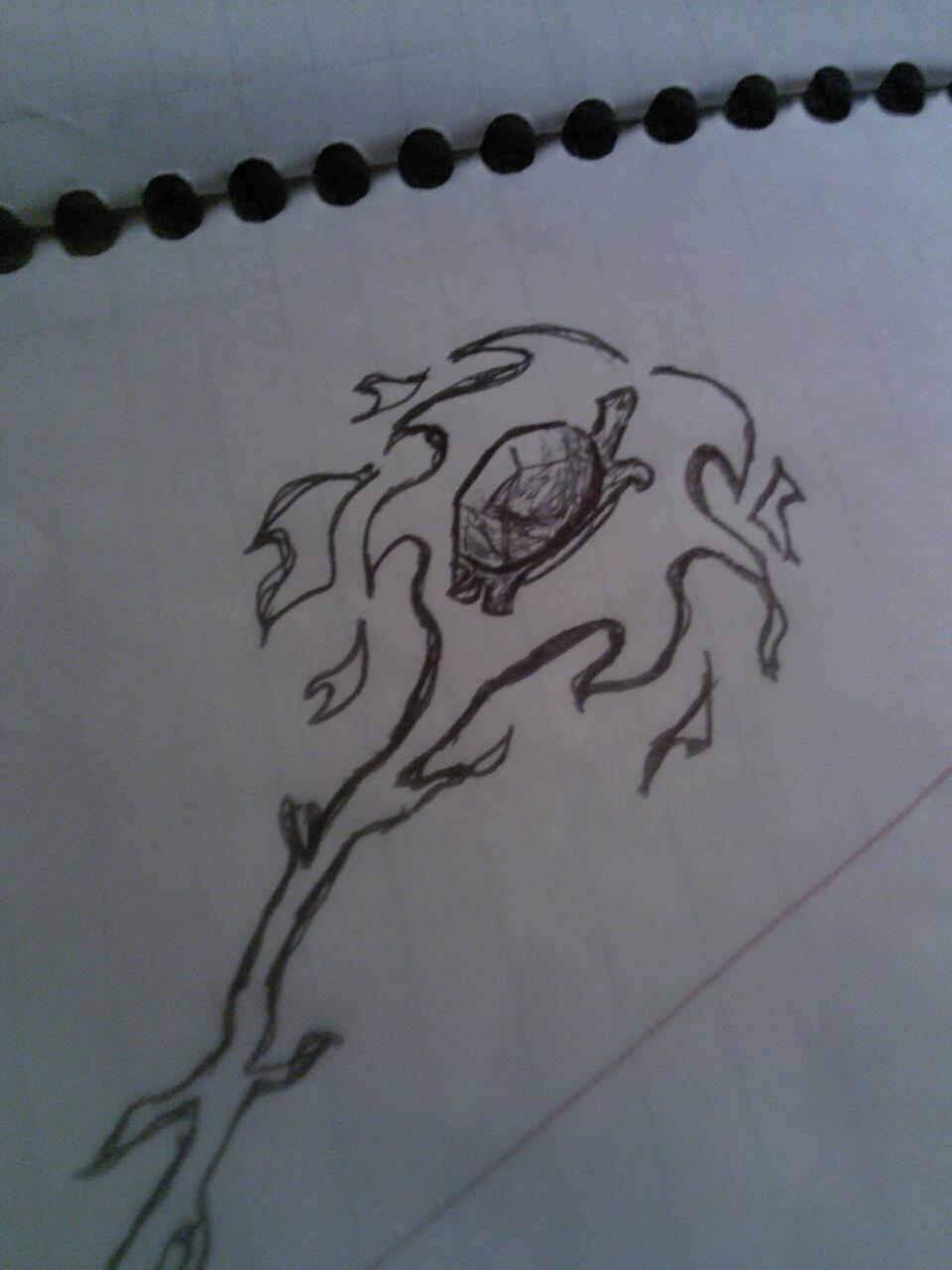 Who: Kate E Lore wearing a white dress with black ribbon accents and black buttons. Black leggings and black ankle boots. This creates in a very vintage look, rather out of place, but that’s not unusual for me.

J-Rabbit Swanky wearing a lime green hoodie and a large fuzzy colorful fake furry hat. Her head is engulfed by that big thing but I think; “At least she is warm.”

Angel is dressed in layers and lounging pants. She takes turns sitting on and cuddling with Swanky and Motorcycle. Her little sister Baby Hernandez is here. Together they are Hernandi and they soon both sit upon J-Rabbit and all three are squeezed into one fold up round chair. Swanky accepts this dog pile saying “What’s going to suck is when they leave and I’m suddenly cold.”

Motorcycle is here and he’s growing some facial hair. All I can think of is three musketeers, but that’s not bad thing. Good swordsmen and candy bar win-win.

Dr. Ok is here he’s playing the new Pokémon on his DS and I’m fighting the urge to watch over his shoulder.
Sully is here floating around the circle. I find his good mood to be a natural up lifter.

Care and Cuddle are here. Cuddle makes smores as Care tries to pull a stick from the tree. He has to dive out of the way as an entire massive dead limb falls to the ground. Attached to its end remains the original twig he’d wanted.

Grunge and Lady are here. I hear they’re having a boy.

Metal is here. He wears all black with holes in his clothing. He has the longest hair out of any of us including the girls. I’ve seen pictures of him with his band, black makeup appearing to drip down his face. I am surprised to find out his mom and sister do horse jumping competitions and stuff like that. He and Motorcycle seem to have been drinking a bit longer than the rest for they are on their own level.

Rich and his lady were there but they leave early. They are recently married already pregnant.

Collins comes after they leave. He brings wood with him just as our fire is dying down. He is like a savior swooping in to rescue that sad dying flame. “Collins has wood!” We cheer with mockery and joy.

When: I stepped into the backyard through that wooden fence just around midnight. I drove home around 4:30am.

Why: Well it had started over a week ago when Swanky had found some old Ninja Turtles VHS tapes. She thought it would be cool to have a TNMT marathon and hangout. After one rescheduling it became apparent that people could do Sunday and since Memorial Day is a day off work…

So from two something until 6:30 I’d joined Swanky and five of the boys in watching some old original TMNT. There was also some playing of the Super Nintendo TMNT video game.

At 6:20 I went to book club which is a whole other story. Great Gatsby: watched movie discussed book all that. (My vintage attire was way off the mark for Great Gatsby btw, but I roll with it and it’s all good.)

After that I came back to Swankys to find that the group had grown considerably and moved to the back yard where everyone sat around this fire in a standing round grill. The seats are a wide variety from camping fold up to a tall wicker chair. We had metal school children’s seats and several cushioned seats from the 70’s all brought outside and sat around the fire. At one point a game of duck duck goose happened but it was a halfhearted effort. We roasted hot dogs, made smores, laughed, joked, drank beer and caught up. It has been a good while since I had seen the gang. They are good people. Someone is playing Bob Marley on their cell phone but it’s loud enough to be back ground music. I sit back and breathe in the smoke. This is the moment I choose to pause in the constant streaming movie of my life. This moment, sitting in a backyard with good people.

How: With consideration and patience for all?

It eventually starts to rain so we pack it all up and move inside. Swanky makes some amazing vegan cake and we all consume it quickly. People drop off one by one until only me and the sleepers are left. Then it becomes a last man conscious contest as we watch the second live action Turtles movie. I see Dr. Ok’s eyes growing heavy. Sully’s eyes are closed but every now and then they half open as though he’d just remember to be awake. I decide to go home (I live literally three houses away.) Sully, Swanky and Ok wake up just enough to mumble good bye. Care and Cuddle seemed more fully awake and I assume they watched the movie until its end.

Zell thought it might be good to add a senses bit. He says its good description practice and I need to be a better writer. I know he’s just a cat but I figure I could give it a try.

See: I see the faces of friends and acquaintances occasionally lit up by the dancing fire. Orange glow illuminates them one by one and occasionally all at once. Faces and chairs are reduced to dark shapes when the moon slips behind clouds and the fire dyes to nothing but a faint glow from the bottom log.

Smell: I smell the fire most of all. I smell the chemical burn of lighter fluid which Collins almost blew himself up with. I laughed when the tip of the bottle had a flame. (Nervous reaction more than a manic delight at possible carnage I assure you.)

I smell smores, hotdogs and muss melon all snacks we snack upon.

I smell summer sprinkles and the extinguishing flame. Forced out of existence smoke charges into the air in a big show hissy fit. Clouds of gray are pluming up into the black night sky. Dissolved with time faded and forgotten. Flame is a short life lived to its fullest.

Taste: Mmm smores! I have to explain to people how I like my marshmallows. I like them burnt. I want a full flame. I want a crispy black outside encasing a pure molten marshmallow goo interior. I want the constant danger that it will glop off the stick at any moment now for I have pushed it too far. “The trick is rotation.” I explain to them. Cuddles had tried to make me one but it’s not up to my standard, and I have dry mouth, so I turn it down.

Hear: I dig the Bob Marley it sets an easy upbeat mood. I can hear the fire. I can hear several conversations of which I join in and out of based off most interesting to me at the time.